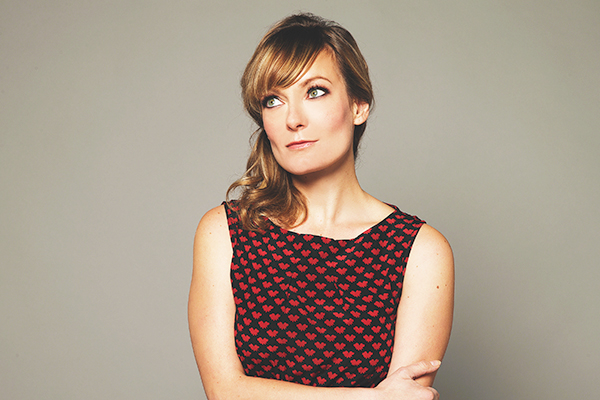 A few weeks ago, we put out a request for members of our choir clubs in Toronto, Hamilton, and Niagara to tell us about their experiences so far. Here is the first of our guest blogs, this one coming to you from our Choir Club Toronto Member, Christine MacLean. You can join Christine and many others each week at Kimbourne Park United Church in Toronto on Tuesday Nights from 6:30-8:00 PM.

I recently found myself with a bit more time in my summer schedule and wondered how to fill it.  I wanted to do something creative and collaborative and musical.  As if kismet a post came up on my Facebook feed about a new drop in choir in my area called Choir Nation.  Singing in a choir wasn’t new territory to me I have sung in choirs in Toronto for a number of years but never a “rock choir”.  I arrived for the first rehearsal not sure what to expect.  There were a dozen or so of men and women with a wide variety of musical experience.

Melissa Lauren a professional singer and choir conductor got things off to a quick start, music or lyric sheets were handed out.  I looked at the piece and though “no way are we learning this in an evening”.  Somehow she was able to quickly access the voices in the choir and within minutes we were singing within a half an hour in harmony. By the end of the evening we had learned the full song I was astonished and amazed with how fantastic we sounded. Singing as a group we came together so quickly to pursue the harmony with the other choir members that evening.

I came back for a second, third and fourth rehearsal; some new people came some returning from the week before.  Another song was handed out.  Once again Melissa had the group singing in full harmony with 30 minutes at the end of one rehearsal a song worthy of recording and posting on Facebook.

As the summer ebbed and flowed so did the size of the group that gathered for rehearsal each week the people who came to participate each week rose to the occasion and pulled off a song in  two or sometimes three part harmony the by the end of the session.

Everyone was so welcoming each week but the best part was everyone was welcome no matter the musical experience it was about coming together each week to sing.  The weekly rehearsal was uplifting and fun you know that everyone left feeling great despite how they went in feeling.

As the fall arrives I go back to my more formal choirs but I plan to continue to drop into Choir Nation now I have added the Beach Boys, Beatles and the Eagles to my Mozart, Beethoven and Haydn to my musical repertoire.