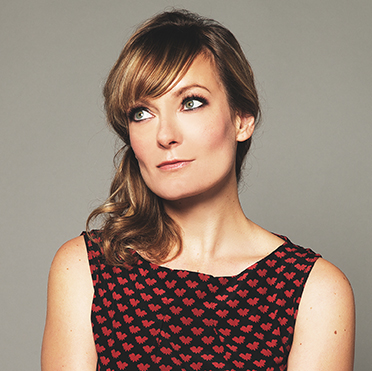 Melissa Lauren has been singing professionally for twenty years making a mark for herself in the Canadian music scene. Both performer and songwriter, the music is her own brand of old school jazz, Doo-Wop and blues mixed with indie pop inflections. Melissa’s latest self­-produced album, “Your Mess” was released in 2016 to quick charting and radio play across Canada.

The singer’s love for swing and jazz began young, she performed and toured with a variety of jazz groups around Ontario. She had the opportunity to work with and open for many wonderful musicians; Jeff Healey, Gordon Lightfoot, Renee Lee, Henry Questa, Tommy Ambrose, Peter Appleyard, Buddy DiFranco, Jackie Richardson, and Clark Terry to name a few.

After spending early adulthood immersed in the Toronto club scene, and working with a variety of DJs and producers, Melissa widened her repertoire venturing into non­-jazz territory in her songwriting. Her music has taken her on several cross-
Canada tours and she is gearing up for a Europe tour in 2017.

With a Master’s in Music specializing in voice pedagogy, Melissa created a method of teaching singing to individuals with Autism. With ten plus years of teaching experience,

Melissa incorporates her own method of vocal coaching into individual needs. She has been conducting and music directing for several years, bringing her enthusiasm to a variety of different choirs and vocal groups.